​The Ministry of Agriculture, Fisheries and Food (MAPA) has officially published that our NOAN DESINFECTANTE product has demonstrated efficacy against the African Swine Fever virus

The current epidemiological situation of African Swine Fever (ASF) in Europe is a priority for Spain due to the risk of the disease spreading to Spanish territory, which, in case of entry, would have a strong negative impact, in particular due to trade restrictions from third countries to animals and products. For this reason, since the introduction of ASF in the territory of the European Union (EU) in 2014, the MAPA has been applying various measures aimed at preventing the entry of the disease and, if this occurs, its early detection and rapid control in the shortest possible time to minimize its impact on the national pig and hunting sector.


Among the main problems that have been addressed or are in the process of being addressed specifically during these years, the "deficiencies detected in biosecurity in many of the pig farms, as well as in the hunting activity carried out by our hunters in countries at risk". Another of the noteworthy problems are the "deficiencies detected in the cleaning and disinfection centers for road livestock transport vehicles, both in their number and in the facilities, the cleaning and disinfection systems available and their operation and control."


Thus, in order to try to reduce the risk and guarantee effective disinfection, it is necessary, among other things, to use a disinfectant that is effective against the pathogen in question. 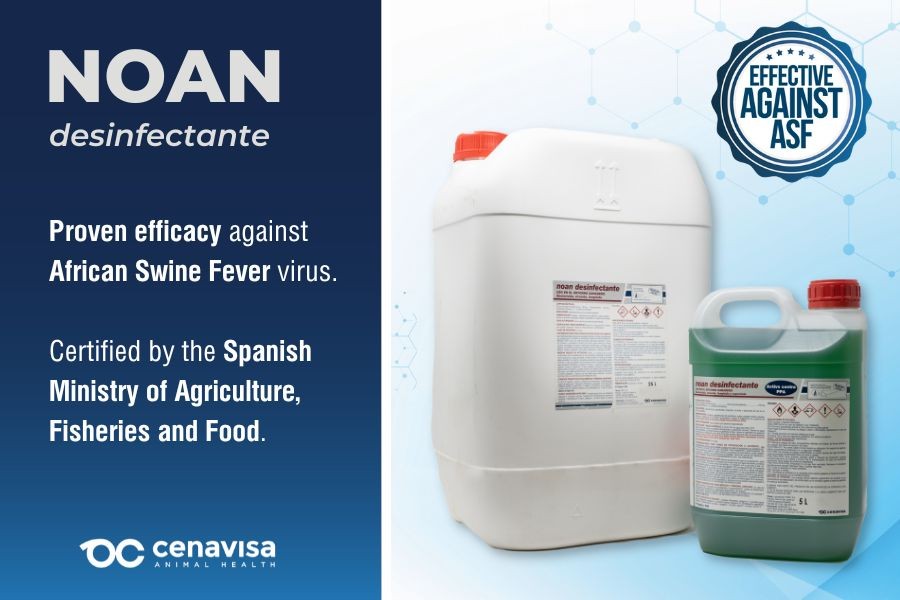